For two years now Dipper has been trying to get me to play The Secret World. I tried it and loved the concept – it’s like playing a horror film or book. Everything is true – the Boogeyman haunts an amusement park with a dark past, Cthulhu knows your helicopter out of the sky, and the world is controlled by a series of secret societies. (Not to mention the other really creepy mythology of the game, but I don’t want to spoil the fun for anyone – until another post, that is.)

I recently started playing in earnest with the release of Secret World Legends, which is a re-vamp of the game. Most of the original missions and storyline are still present, but Funcom tweaked the game. Combat is more streamlined, as is the tutorial process. Having experienced the old game to a degree, I feel able to say with confidence that the new iteration is much more fun for the new gamer. My brother, who has played it since it was in beta, is very much in love with the game. He hasn’t (to my knowledge) come across anything in the new game that he’s displeased with.

In any event, Phoebe watched Dipper play, and wanted to give it a whirl. She hopped on an alternate character that he had created and took off! She loves playing in the Maine-esque Kingsmouth town, which is populated by a haunted ship called the Lady Margaret, zombies, and other weird creatures. As Phoebe progressed through the game she wanted to start running dungeons. My main character is at the maximum level (50) and is able to take her through the first dungeon. In the first dungeon, you and your team are tasked to explore the wreck of the ship The Polaris (which is what gives the dungeon it’s name). As you fight through a series of bosses, you come to realize that the ship was besieged with horrible creatures and…..well, I won’t spoil it. Suffice to say Phoebe runs that dungeon on a daily basis and still isn’t tired of it yet. 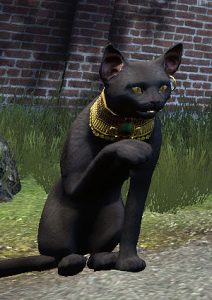 Once she reached the level to do the first of the three H-E-L-L dungeons, she asked to be taken through. We joined up as a private team and entered. I’m a close-range fist weapon fighter (think Wolverine with cotton candy colored hair and teacher clothes) and Phoebe rocks a shotgun – hammer mix. When I say she rocks out, I really mean it. Those readers acquainted with any kind of raid or dungeon run know that sometimes when you’re taking a lower level character around, you’re stuck doing EVERYTHING. Not the case with Phoebe. She’s literally right in the middle of the fray, shooting and smashing her way to glory. (Though her motivation might come as a surprise. You can use in-game tokens to purchase digital pets for your character. As of right now, Dipper’s alt character has almost every pet you can purchase from a vendor, and Phoebe’s character on her own account is quickly gaining in the contest.)

One of the best things about playing video games with Phoebe is listening to her reaction to the content. Secret World Legends is definitely for mature players, though thankfully she skips through most of the cut scenes. In her eagerness to wipe out as many digital enemies as possible, I’m never sure how much of the story line she picks up while playing. However, she is a fast learner in terms of the raid mechanics. The first time I took her through I died while fighting Recursia. Recursia is a big-breasted dominatrix-style succubus who does not die easily. While fighting her, minions are released from a circle around her. If they get to her, she gets stronger. Well, I tasked Phoebe to keep the minions down since they don’t really fight back, they just move inexorably towards their destination. I was more worried about Phoebe than I was my own situation, and I got careless. I died – which in this game means the other players either have to kill the boss they’re battling, or die too. I was freaking out because I was sure she was toast. Much to my surprise, she jumped in with rabid vigor and destroyed Recursia with two swings of her hammer. I didn’t realize I’d died with so little of a window to go. I congratulated her, and she basically told me that she was pissed Recursia had killed me. Phoebe never fails to warm my heart.

She’s also eagle-eyed. There are little tidbits you can collect in all the zones called lore. Lore are little pieces of the mythology and story of the game and it’s inhabitants. Usually I’m pretty good at picking up lore, especially when running a dungeon with Dipper. Even so, Phoebe is extremely thorough and we were able to get two lore I didn’t have before. I have to check later, but I’m reasonably certain that I now have all the lore for the first H-E-L-L dungeon.

If you’re wondering why H-E-L-L is written letter by letter, that’s all Phoebe. For the longest time she wouldn’t say it because she thought it was swearing. Ever the teacher I tried to explain to her that it depended on the use.

Phoebe: “Yes it is. You just want to hear me say it.” (Her refusal to swear is endearing, and we are all patiently waiting for the innocence to fade and her vocabulary to become more colorful.)

Me:“Well, yes and no. It all depends on how you mean it.”

Me: “No, really. If you’re telling someone to go to Hell, it’s totally cursing. If you’re talking about a Hell dungeon, well, Hell is a place on the game map. It’s also a place some people believe in. In which case it’s a proper noun.”

There will be no taking Phoebe for a fool. I meant every word of what I told her, but she’s wise beyond her ten years and she had to take some time to think on it. We’ve progressed to the point where she’ll ask to go to the hell dungeon, but it’s more of a whisper. She’s still not totally comfortable saying it.

If you’re wanting to join in the fun, you can download Secret World Legends for free here or through the game client Steam. My previous post  about the game The Park is also a game in this series. There are some in-game purchases, and if you want you can become a monthly Patron, which allows you to teleport around the map at no cost, as well as other benefits.

If you want to find me in-game, send me a message and I’ll tell you who I am. Just don’t expect Phoebe to want to play – she’s web-smart! I’ll never forget the day a random person tried to group with her. Dipper and I were talking and we heard her yell, “Ew! NO. Why would he do that?!” Dipper and I were freaking out wondering what was going on, and when we realized that she didn’t want to group with another player we almost died laughing. The sheer indignation that someone random would actually think she’d accept their invite….it was nearly Victorian in her disdain! I would have given almost anything to have been there in person and not listening over a phone! On a serious note, thank goodness she’s smart about online interactions. While it’s true there are plenty of good people online, I don’t trust everyone’s intentions. (She may not be my niece by blood, but she is by heart and soul, and I’m very protective of her.)

Stay tuned for more news from Secret World and the H-E-L-L dungeons! I’ll be periodically posting our adventures. Especially considering Panda and I now have enough computers at our house for Phoebe to experience her first LAN party!